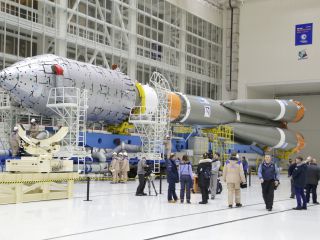 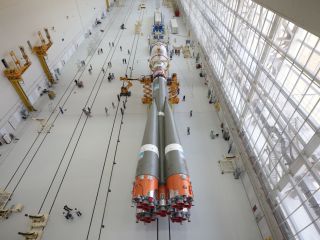 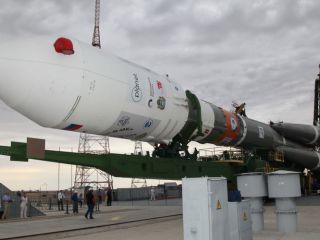 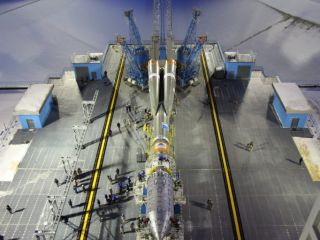 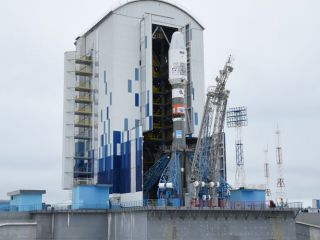 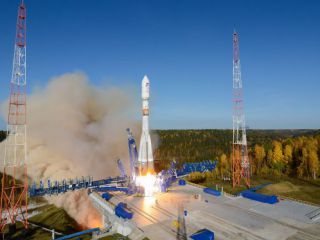 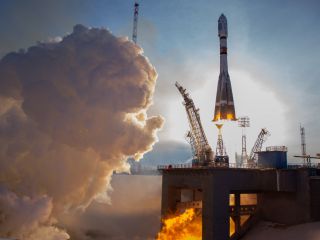 Since 2017, the list of Glavkosmos’s services for rideshare payload missions has been supplemented by the possibility to form several permanent target orbits within one mission.

In July 2017, for the first time in the world, a record launch of aboard the Soyuz-2.1a LV with the Fregat upper stage under the Glavkosmos contracts was carried out from the Baikonur Cosmodrome, the primary payload was the federal Earth remote sensing spacecraft Kanopus-V-IK.

A special feature of this mission was the formation of three target orbits:

The unique mission became possible thanks to the unsurpassed technical capabilities of the Fregat upper stage.

Another outstanding mission was the launch of the rideshare payload from the Plesetsk cosmodrome in September 2020:

the orbit planes of the rideshare small spacecraft were changed in relation to the target orbit upon the customers’ request.

Thus, the role of Glavkosmos in the implementation of rideshare payload missions today is:

Are you ready to order a flight for your small spacecraft? Click here to submit a request 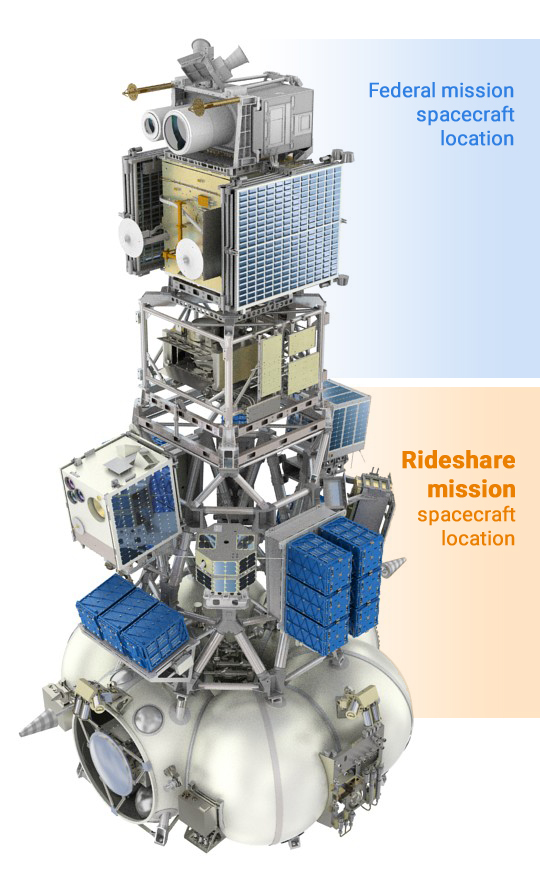 Advantages of the rideshare mission for the customer: 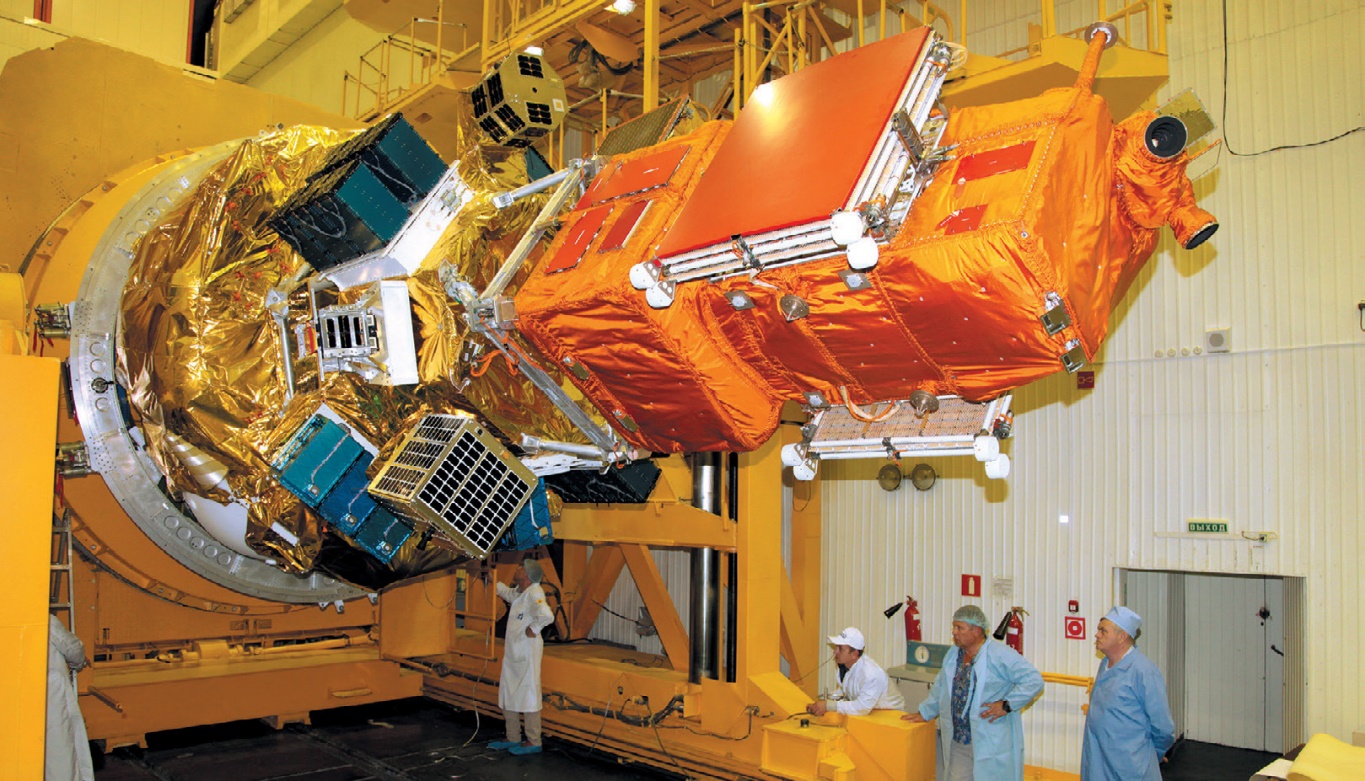 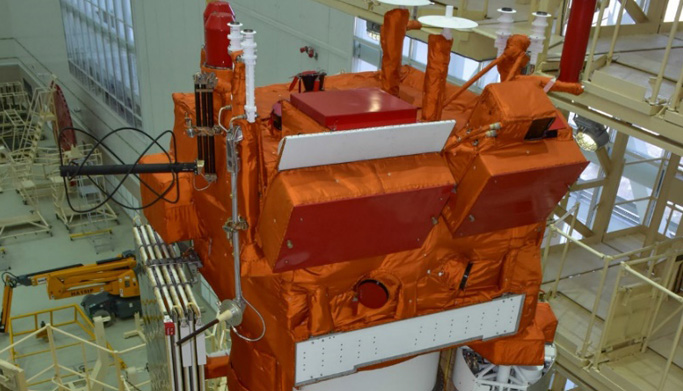 Fregat multi-purpose upper stage has been used since 2000 as a part of the launchers for delivering the spacecrafts to various orbits. It is manufactured by NPO Lavochkin. 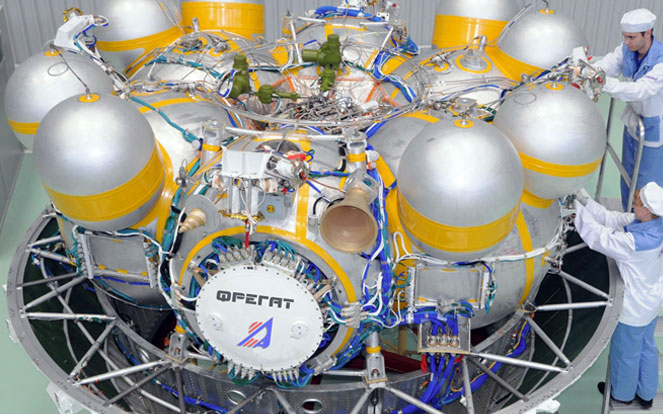 As of May 2016, 58 launches of various Fregat modifications were executed with orbital insertion of more than 100 Russian and foreign satellites.

The main parameters of the Soyuz-2.1b launch vehicle: 2/3

THE SOYUZ-2 FAMILY OF LAUNCH VEHICLES 1/3

The Soyuz-2 family launch vehicles were designed on the basis of the Soyuz-U serial launch vehicle. Advanced propulsion systems and modern control and measurement systems are introduced on Soyuz-2 launch vehicles, which significantly increased the technical and operational characteristics of the launch vehicle. The prime developer and producer is Progress Space Rocket Center (Samara, part of Roscosmos).

The work was carried out in two phases:

The Soyuz-2 launch vehicles, depending on the purpose, can use the Fregat upper stage.

The new generation of the legendary launch vehicle uses environmentally friendly propellant components - kerosene and liquid oxygen. In the very near future, naphthyl will replace kerosene, which will increase the environmental friendliness of the launch vehicle. The increased power-to-weight ratio and up-to-date control system have created new capacities for spacecraft orbiting.

The Soyuz-2 launch vehicles in combination with the Fregat upper stage are used for spacecraft injection into near-Earth orbits of various altitudes and inclinations, including geostationary Earth orbit and geostationary transfer orbit, as well as interplanetary orbits.

Structurally, the Soyuz-2 launch vehicles, like all Soyuz family rockets, are made according to the scheme of lateral-tandem launch vehicle stages: 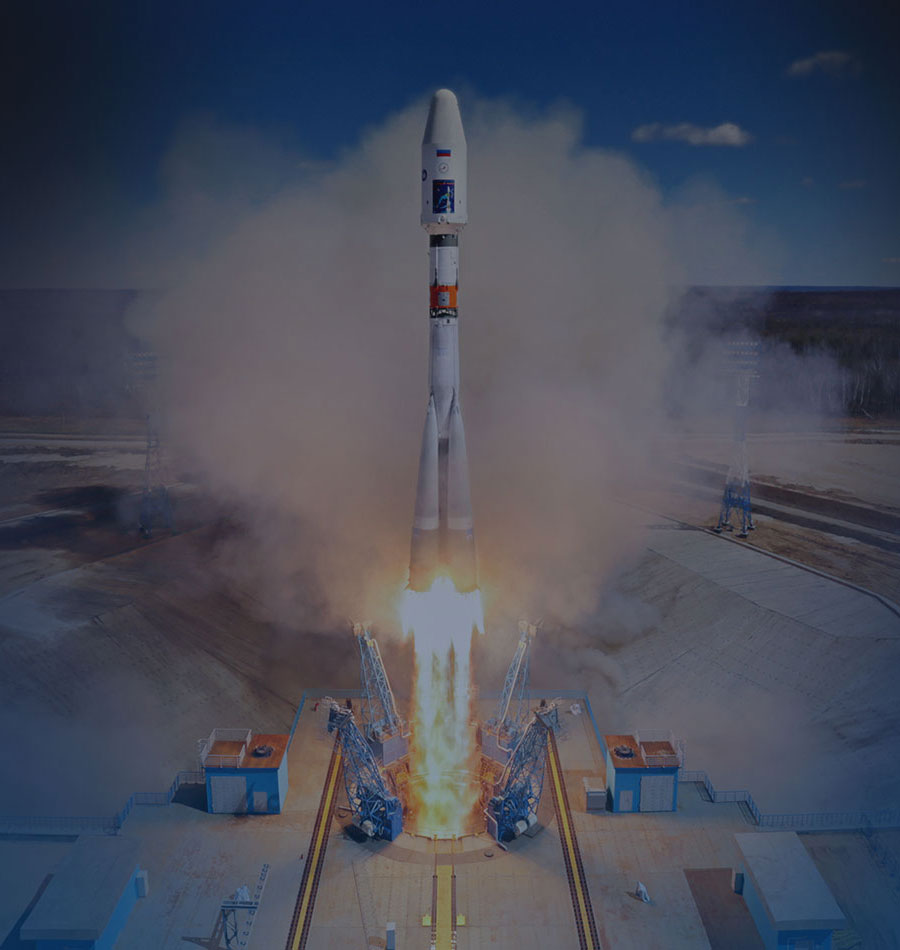