A batch of 36 OneWeb satellites arrives at Vostochny 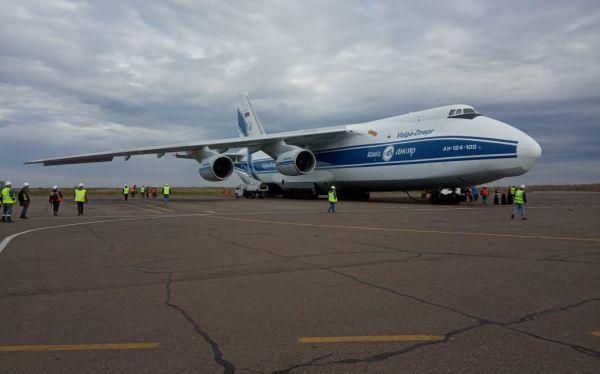 VOSTOCHNY, September 25. - A batch of 36 OneWeb communication satellites was delivered to Ignatievo airport (Blagoveshchensk) by an An-124-100 aircraft on Saturday. The specialists of the Space Center Vostochny (a branch of TsENKI, part of Roscosmos) transported the satellites to the cosmodrome. There the joint technical team that combines the specialists of Roscosmos enterprises - Progress Space Rocket Center, Lavochkin Association, TsENKI, Russian Space Systems, Glavkosmos and those of the foreign customers, started preparing the satellites for the launch on board the Soyuz-2.1 b launch vehicle with the Fregat upper stage. The launch operated by the European launch services provider Arianespace is scheduled for October of 2021.

These activities are carried out under the contracts of Glavkosmos (a subsidiary of Roscosmos) with Arianespace and the company Starsem.

To date, the fleet of OneWeb satellites in the low Earth orbit consists of 322 spacecraft, and hundreds more are to be launched. The upcoming launch should bring the number of OneWeb spacecraft in orbit to 358.

OneWeb low Earth orbit satellites are designed to provide consumers on the ground with high-speed Internet.