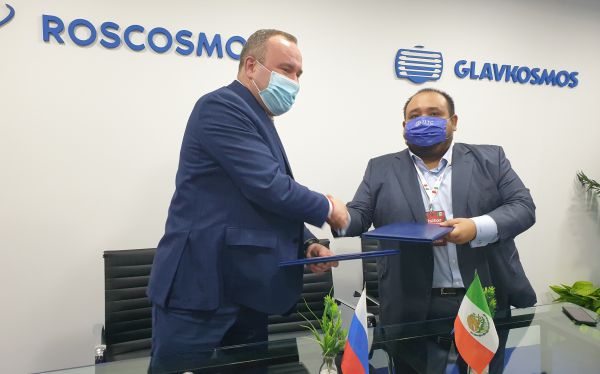 "We hope that our cooperation will be successful and that it will be fruitful for the people of our countries. Mexico is a new area of work for Glavkosmos and we also expect positive and mutually beneficial results from this experience of interacting with our Mexican colleagues," Dmitry Loskutov said.

The signed memorandum implies the establishment of partnership between Glavkosmos and Space JLTZ Holdings for developing long-term, efficient and mutually beneficial cooperation in promoting the products of the Russian rocket and space industry in Mexico. The areas of cooperation include provision of launch services and remote sensing data from Russian spacecraft, production of spacecraft, implementation of educational space related programs, and other areas of interest to Mexico.

The International Aerospace Exhibition FAMEX takes place every two years. This year, the Santa Lucia Air Base near the capital of Mexico became the venue for the event.