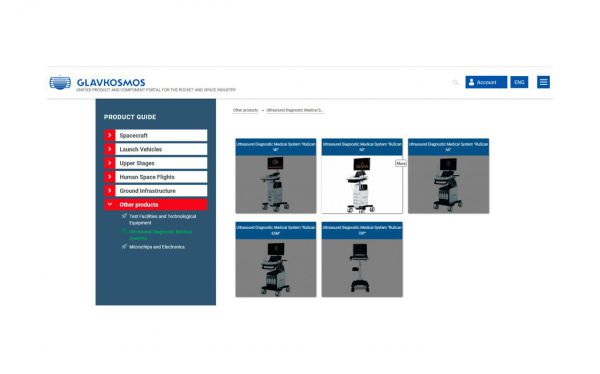 NPO “Skaner” carries out the assembly of ultrasonic scanners in close cooperation and using the technological facilities of JSC "Satellite system “Gonets” (part of Roscosmos). Within this project, Glavkosmos is responsible for promoting Russian diagnostic ultrasound equipment to the international markets, including promotion at major international events.

The development of production and promotion abroad of civilian medical diagnostic equipment meets the objectives of diversification of production at the enterprises of the State Space Corporation Roscosmos. The technical and functional characteristics of the RuSkan ultrasound diagnostic systems are identical to their foreign analogues.

JSC Research and Production Association "Scanner" produces modern ultrasound diagnostic equipment in Russia and is one of the leading Russian manufacturers of ultrasound scanners manufactured under the brand RuSkan. The RuSkan line of equipment is represented by models from medium to expert class, including a portable expert class model.

JSC Satellite System “Gonets” is an operator of Russian communication and relaying systems created by order of the State Space Corporation Roscosmos.