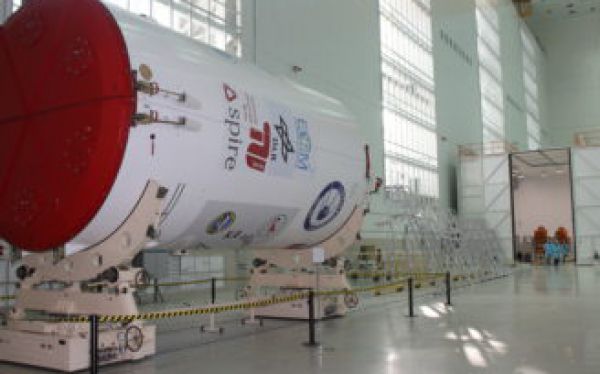 Kanopus-V-3 and −4 standalone processing began in the Assembly & Test Building (ATB) at Vostochny space center. Currently, the team from the space industry, including experts from Glavkosmos, are conditioning power batteries and carrying out electrical tests of the satellites.

The Fregat Upper Stage has been fueled and is stored at the Fueling Station at the moment. Upon completion of all satellite standalone preparations, Space Head Module (SHM) assembling will be proceeded with.

Soyuz-2.1a 1st/ 2nd stage stack has undergone all required vacuum and electrical tests, and is now awaiting further operations in the LV ATB. The launch of the Soyuz-2.1a with Russian Earth remote sensing and emergency monitoring satellites Kanopus-V-3 and −4, and foreign LEMUR (USA), S-NET (Germany) and D-Star-One (Germany) spacecraft contracted by Glavkosmos, is scheduled for 1 February 2018. It will be the third launch from the new Russian Vostochny space center.