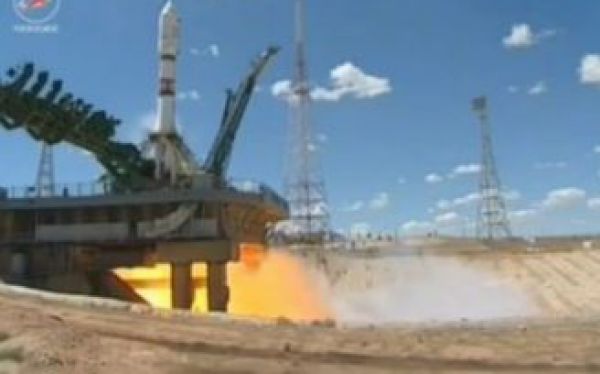 On July14, 2017 at 09:36 Moscow time, Soyuz-2.1a lifted off from Site 31 at the Baikonur Cosmodrome. The launch mission is to deliver an Earth observation Kanopus-V-IK satellite and 72 smallsats piggybacked under the federal and commercial contracts of Glavkosmos to their target orbits.

The spacecraft launched under the Russian federal contracts are as follows:

The spacecraft launched under Glavkosmos contracts are as follows:

72 smallsats make the mission setting a record in a number of spacecraft to be injected into several target orbits among smallsats launches ever.

The flight timeline is as follows:

Soyuz-2 launcher is based on the Soyuz-U series. Soyuz-2 features advanced engines and up-to-date control and telemetry systems that significantly enhance the LV technical and operational specifications. The upgrading was done in two phases. At phase 1а, a standardized Soyuz-2.1a was born to accommodate various upper composites with fairings of up to 4.11m in diameter. The LV is capable to orbit a payload with improved accuracy; the upgraded control system and stage I-II engines have allowed for increasing of the payload mass to be lofted to the low Earth orbit. At phase 1b resulted in Soyuz-2.1b, stage III was refitted with a state-of-the-art 14D23 (RD-0124) engine which made its performance even better.

The prime LV designer is Progress Space Rocket Center (the city of Samara). Depending on a mission, Soyuz-2 launcher can be configured with the Fregat upper stage.