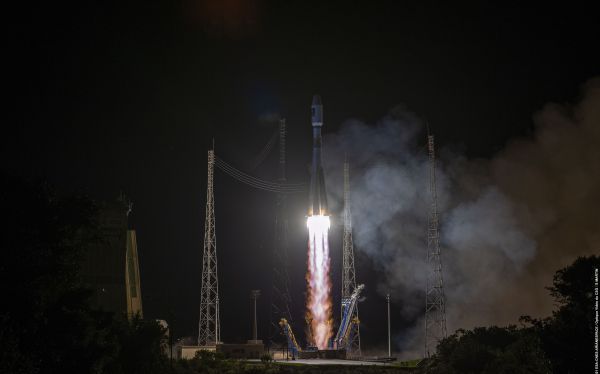 MOSCOW, December 5. - On Sunday, a Soyuz-ST launch vehicle with a Fregat upper stage successfully launched two satellites of the European Galileo navigation system into orbit from the Europe’s Spaceport at the Guiana Space Center (CSG, French Guiana). The launch, executed at 00:19 UTC, was carried out within the Russian-European project “Soyuz at the Guiana Space Center”, which celebrated its tenth anniversary in 2021.

The operator of launches from Europe’s Spaceport is the European launch services provider Arianespace, Glavkosmos JSC (part of Roscosmos) is the main contract integrator in the project on the Russian side, the company ensures interaction of Russian space industry enterprises with Arianespace at all stages.

Out of 26 Galileo satellites already in orbit, the Soyuz launched 14 satellites between 2011 and 2016; today two more Galileo spacecraft have joined the constellation. During the first launch from the Europe’s Spaceport in French Guiana in October 2011, the Soyuz-ST-V with the Fregat upper stage orbited two Galileo spacecraft.