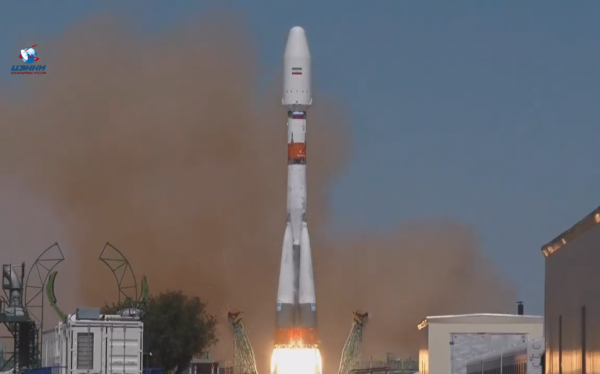 BAIKONUR, August 9. – The Soyuz-2.1b launch vehicle with the Fregat upper stage was launched from the Baikonur Cosmodrome on Tuesday, at 08.52 Moscow time. It successfully injected into orbit a commercial customer's spacecraft as the main payload and 16 small spacecraft as the rideshare payload. Glavkosmos JSC (part of Roscosmos) managed at all stages the interaction and coordination between the Russian space industry enterprises during the preparation of the rideshare payload for the launch.

The launch of 16 3U CubeSats, located in four 12U CubeSat launch containers, designed and manufactured by the Russian company Aerospace Capital LLC, was carried out for the Foundation for the Promotion of Small Scientific and Technical Enterprises (Innovation Promotion Foundation, or Bortnik Foundation). The launch of the small spacecraft of the Bortnik Foundation was carried out in accordance with the instructions of Roscosmos.

Glavkosmos, JSC is a subsidiary of the State Space Corporation Roscosmos. The main task of the company is to promote the achievements of the Russian rocket and space industry to world markets and to manage complex international projects. During its more than thirty-five year history, the company has successfully fulfilled over 140 international contracts, including the launch of more than 180 spacecraft as a secondary payload.