GEOSPATIALWORLD: Soyuz-2 launcher is one of the most reliable vehicles in the world: Dmitry Loskutov, Glavkosmos 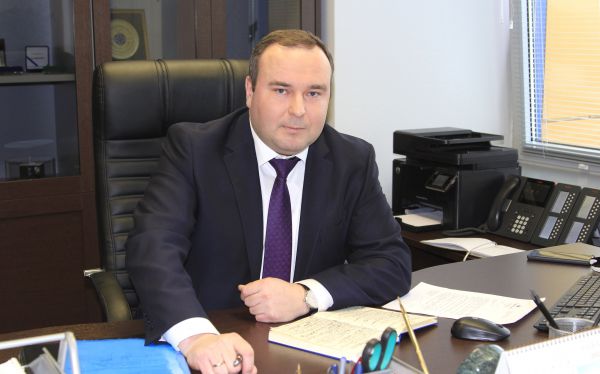 Today any progress in space exploration is hardly possible without international cooperation from both financial and technological point of view. Therefore, only by consolidating our efforts, we will be able to achieve our goals no less ambitious than those that were confronted by the pioneers of cosmonautics, shares Dmitry Loskutov, Director General, Glavkosmos in an interview.

What is Glavkosmos’s objective for 2019? What are your recent and upcoming projects?

The major task of Glavkosmos is to promote the achievements of the Russian space industry globally. We plan to expand our outreach to various countries including regions like South-East Asia, Latin America and Africa.

We are excited about our website which has reached its final development phase. We plan to collect information about products of all the Russian rocket-and-space companies. It will be a single universal digital catalog where customers will be able to not only find the entire list of manufacturers but also select the best-suited solutions for their projects. Since search, selection, trade-off and ordering of goods are time-and effort-consuming, the website will become a convenient platform for customers. We strive to optimize the process and soon will offer a decent product for the space sector.

We have entered into cooperation that involves liaison between Russian space companies and the Emirates side in implementing the program on selection, training and space flight of the UAE’s first astronaut to the International Space Station (ISS).

Other than this, Glavkosmos performed many launches last year with concurrent orbiting of piggyback payloads. The most recent launch was carried out from the new Russian Cosmodrome, Vostochny, in late December 2018, when 11 foreign satellites of various types were put into orbit.

In the future, we will fully assign all commercial launches to our subsidiary company established in 2017, GK Launch Services, which is already quite successfully operating on the global market of launch services.

Who are the main foreign partners of Glavkosmos and any joint projects that you are working on for this year?

The main joint international project of Glavkosmos is Soyuz in the Guiana Space Center, where we act as the prime contract integrator of the Russian team of enterprises. This year, we will continue our close collaboration with Arianespace on satellite launching from Kourou.

We are also working closely with our Indian partners — the Indian Space Research Organization. Other important projects include cooperation with the Mohamed bin Rashid Space Center and the UAE Space Agency, China Great Wall Industry Corporation (CGWIC) and China National Precision Engineering Import and Export Company, as well as with NASA and Boeing.

NASA human spaceflight mission would be ready in 2019. ISRO has also revealed plans for this. So far, Russia was the only one with this technology. How do you view this development and what are your plans to stay ahead in the race?

Human space flights are vital to the Russian Space Program, the significance of which became even greater in 2011 when the US closed the Space Shuttle Program and lost the ability to deliver crews to the ISS. At present, the human flights to the ISS are supported exclusively by Russian Soyuz space vehicles — the most reliable spacecraft in the world.

As for the NASA upcoming missions, we recognize the progress of SpaceX and Boeing in development of manned space vehicles. Besides, China is rapidly working on its human spaceflight program as it is experienced in operating its own orbital station. India and other countries also have such plans for the coming years. We welcome such developments and healthy competition that encourage progress, just as any other peaceful activities in space for the benefit of humanity.

By the way, we have had very productive preparatory negotiations in Moscow recently between the ISRO delegation and the top management of Roscosmos, Glavkosmos, and NPO Energomash — manufacturer of the best rocket engines in the world. We hope that Russian-Indian cooperation in a number of areas will turn into a practical plane.

Further, the expected expansion of the Russian segment at the ISS (a Multipurpose Laboratory Module will be added in 2020, and a docking and power modules in 2022) will provide more free space inside to attract tourists and will allow to enlarge the areas and quantity of experiments held on the space station.

Creation of a new human spaceship, Federation, is underway. The ship is expected to be ready by the test campaign of the new Soyuz-5 launcher, the flight tests of which are scheduled for 2022.

Innovations in launch area such as reusable rockets and small launchers exclusively for small satellites are disrupting the space sector and opening up new avenues. What are your plans to stay ahead in the race in the face of increasing competition?

Despite the emerging reusable rockets and small launchers, the market still demands a safe and constant access to space.

Soyuz-2 launcher is one of the most reliable vehicles in the world. The Fregat upper stage enables complicated cluster missions with payload delivering to up to three different orbits within one launch. It gives the customers a competitive advantage in the launch price compared to super-light launchers due to the economy-of-scale effect: the average cost of orbiting one satellite in a cluster is significantly lower than the cost of a dedicated launch of the same.

With its high performance, Soyuz is capable to deploy large constellations of small satellites within one launch while the super-light rockets are more efficient in resupplying those.

Along with that, we continue efforts in Soyuz-2 improvements to make the launches more cost-efficient.

Where do you see the future of space exploration 20 years from now?

I think in 20 years, there will appear some national stations on the lunar surface and they will be serviced mainly by robots. There will be national, and probably private, habitable stations in the lunar orbit. After the necessary technologies are tested and proven on the Moon, a manned spacecraft will be sent to Mars. The development trends will be focused on the exploration of asteroids for mining natural resources, private space cargo transportation, space tourism, and space medicine. At that, further exploration of outer space will always be carried out with the main goal to improve the quality of human life on Earth.