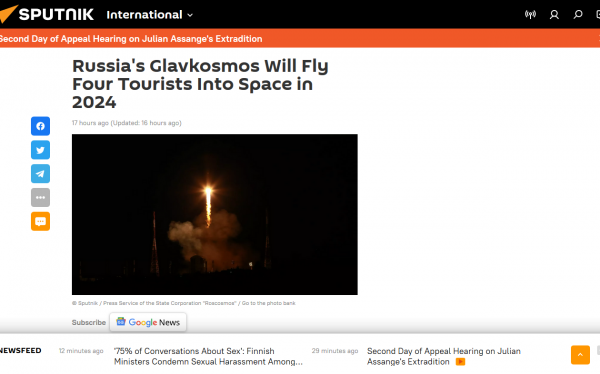 Glavkosmos, a subsidiary of the Russian State Space Corporation Roscosmos, has signed a preliminary agreement under which two commercial flights of Soyuz spacecraft will be carried out in 2024.

The announcement was made by Glavkosmos' Director General Dmitry Loskutov at the International Astronautical Congress 2021 in Dubai.

"Glavkosmos has signed a preliminary agreement on the provision of four commercial seats in Soyuz in 2024. This means two commercial flights in 2024 with customers", said Loskutov, without elaborating.

Peresild and Shipenko returned to Earth together with Russian cosmonaut Oleg Novitskiy on 17 October, after spending 12 days in orbit. According to Roscosmos, the three are feeling well.