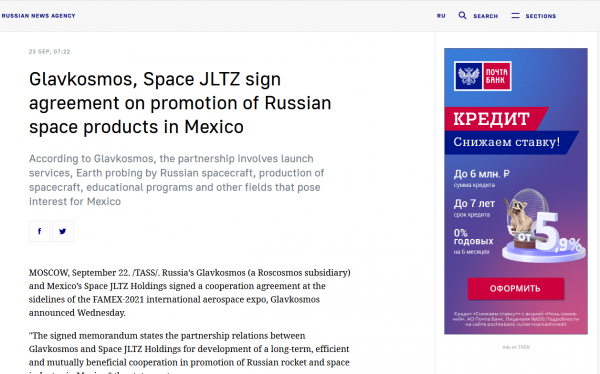 "The signed memorandum states the partnership relations between Glavkosmos and Space JLTZ Holdings for development of a long-term, efficient and mutually beneficial cooperation in promotion of Russian rocket and space industry in Mexico," the statement says.

According to Glavkosmos, the partnership involves launch services, Earth probing by Russian spacecraft, production of spacecraft, educational programs and other fields that pose interest for Mexico.