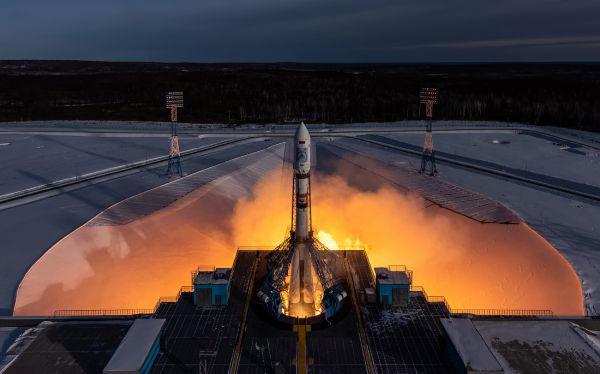 DUBAI, /UAE/, November 18. /TASS/. Russia plans to make seven launches of the UK’s OneWeb satellites from the Baikonur Cosmodrome in Kazakhstan, four from the Vostochny spaceport in the Russian Far East and one from the Kourou space center in French Guiana in 2020, CEO of Glavkosmos (part of Roscosmos space agency) Dmitry Loskutov said on Monday.

"Overall, there are plans to make seven launches [of OneWeb satellites] from the Baikonur Cosmodrome, four from the Vostochny space center and one from the Kourou spaceport in the Guiana Space Center," Loskutov said.

The European Arianespace earlier officially informed Glavkosmos of rescheduling the launch of OneWeb satellites from December 2019 to January 2020, the chief executive stated.

"According to the information of French partners, the first launch will take place in January 2020. The exact date depends on the timeframe of the delivery of satellites to the Baikonur Cosmodrome," Loskutov noted.

As the Glavkosmos press office earlier told TASS, Arianespace announced after getting the latest information on additional checks of OneWeb satellites that the launch had been rescheduled from late December 2019 for mid to late January 2020. A OneWeb spokesperson also earlier told TASS that the launch of satellites had been rescheduled for the second half of January 2020 because additional time was required for testing the space vehicles.

The first six OneWeb satellites were launched from the Kourou spaceport in French Guiana atop a Soyuz-ST rocket on February 28 and delivered into orbit on the same day. Overall, the UK company intends to deploy about 600 satellites in the near-Earth orbit and start their commercial operation in 2020.

By 2021, OneWeb plans to provide round-the-clock communications with its satellites. The contract signed between Arianespace and OneWeb in 2015 stipulates 21 launches by Russian-made Soyuz carrier rockets from the Kourou and Baikonur spaceports, with an option for five additional blast-offs.