The Times of India: Gaganyaan astronaut-elects begin training in Russia 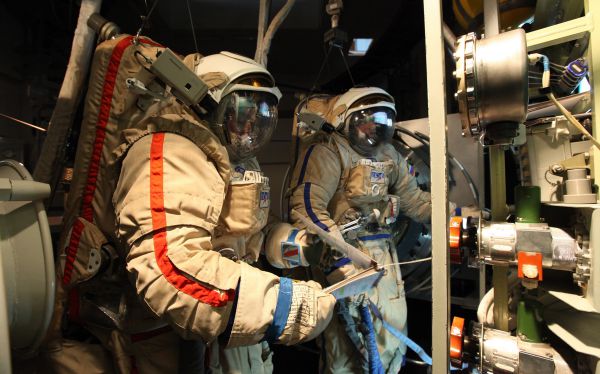 BENGALURU: The four Indian astronaut-elects, who left for Russia on Friday, have begun their 12-month long training on Monday.

"GCTC has started the planned training programme of Indian candidates for a spaceflight under the contract between Glavkosmos, JSC (part of the State Space Corporation Roscosmos) and the Human Spaceflight Centre of the Indian Space Research Organisation (ISRO)," Glavkosmos said on Monday.

The 12-month training will include comprehensive and biomedical training, which will be combined with regular physical practices.

"In addition, they will study in detail the systems of the Soyuz manned spaceship, as well as they will be trained in short-term weightlessness mode aboard the special Il-76MDK aircraft," Glavkosmos added.

The Indian pilots will also be trained to act correctly in case of abnormal landing of the manned spaceship descent module in various climate and geographic zones. The most part of the training will take place at the GCTC facilities.

ISRO chairman K Sivan had said on January 1 that the final four astronaut-elects had been selected.

And, as TOI had reported before that, India had picked 12 IAF test pilots who cleared the level-1 screening for the Gaganyaan programme which envisages to send Indian astronauts to space by 2022 in September 2019.

The Institute of Aerospace Medicine (IAM) under IAF, had selected the 12 astronauts from 60 applicants.