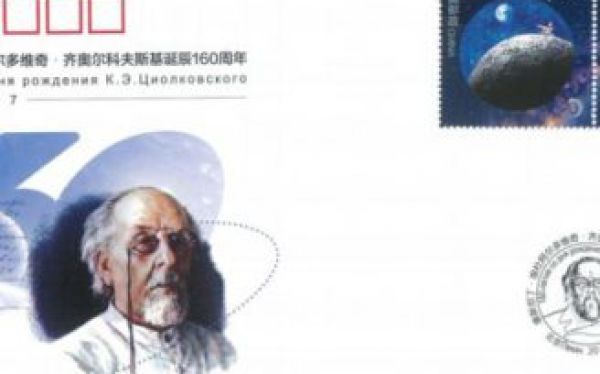 The commemorative envelopes in honor of the 160th anniversary of the birth of the founder of the modern theory of space flights and the father of the Russian cosmonautics Konstantin Tsiolkovsky have been issued.

Glavkosmos and Chang’e, a Chinese science and technology company, upon the approval of ROSCOSMOS State Space Corporation and the National Philatelic Corporation of China, issued a limited edition set of two commemorative envelopes in honor of the 160th anniversary of the birth of the great scientist.

Tsiolkovsky was born in the Ryazan province, Russia on September 17, 1857. He dedicated all his life to the study of space flight possibility. Long before the advent of practical cosmonautics, he developed the theory of human flight to the stars using multi-stage rockets and space stations.

The creation of the commemorative envelopes reflects the continuity of generations and the cultural aspect in the space domain, as well as the characteristic features of Russian-Chinese cooperation in the space industry.